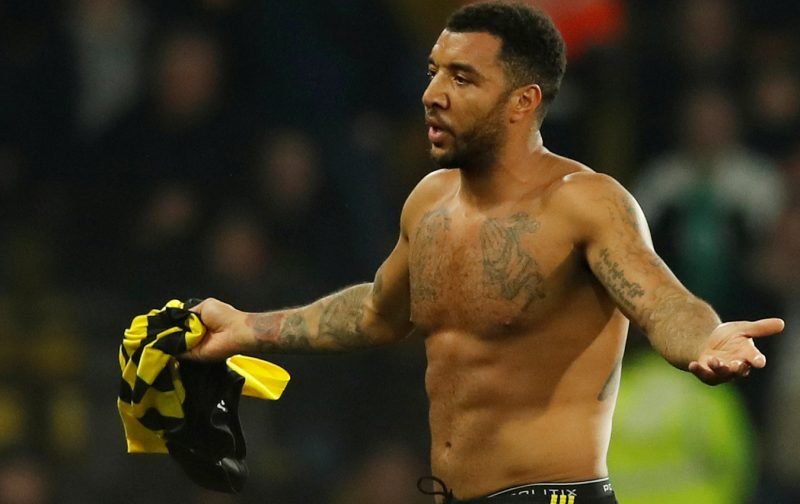 It was a decent performance last night especially in the second half we were creating so many chances, but we just couldn’t get that goal that we needed. This game was not without controversy as in the 11th minute we went down to 10 men after Troy Deeney received a straight red card after appearing to ‘hit’ Lucas Torreira as he was running past him. Yes, I see where the contact is in this, however, is it a red card? I don’t think so. It’s just the Premier League for you, it’s a shame that our top-level football has to contain things like this. I don’t like how if you just brush past someone you can get booked for it if they dive to the floor it really is a joke. 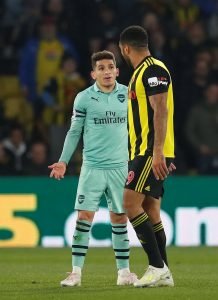 Deeney’s sending off could be appealed, but I know for a fact the FA will not let that go because there is that bit of contact there and with the way Troy is running it does look like he hits him, but there’s no way he did that on purpose Deeney is smarter than that to risk missing out on the next three of our last five games, very unfortunate that that is what’s going to happen now.

Unfortunately, the captain could be landing himself in even hotter water after reports have emerged that he called Torreira an “f*****g p***y” to be fair he had every right to be angry at the time, I would say take no further action after the red card was a bit of a joke, but knowing the FA and the Premier League it will end up going against us and maybe they will give Troy a fine, but if they do then they have completely lost it. 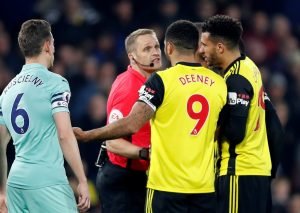 The FA is known for taking the fun out of football, there have been many examples this season, but an example that sticks out to me is when Jurgen Klopp ran on the pitch when Liverpool scored a 90th-minute winner against Everton. Without explaining anything everyone knows how big of a fixture that is for both teams and a winner in the 90th minute is going to send people crazy. However, the FA don’t seem to understand passion and fun and they use that passion and fun to drain money from those who show it. This is what it has come to getting punished for being happy.

Although it was a completely different situation for us on Monday night we can still feel the FAs unfortunate wrath over Deeney’s sending off, maybe now it’s time to make the footballers toughen up a bit.