A late goal from Gray, but could have done better on the night 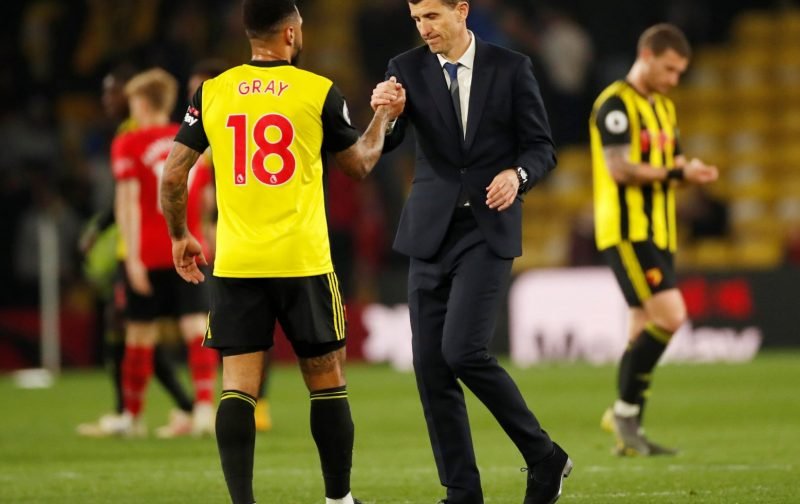 Not the result we were hoping for, points were dropped tonight after we started the game in the most disastrous of fashion as Shane Long scored the quickest goal in the Premier League after just 7 seconds. In the first half, it was an absolute shambles at the back, we were getting torn apart and deserved to go a few more goals down before the break. Nathan Redmond was getting way too much space, maybe that’s something that Javi should look at, they were too dominating in those positions in and around the wings and they made us look terrible.

Deulofeu had a good few chances, his curling shots are always great to look at, but unfortunately, every single one failed to make an impact. Although he did have a good game, however the help he wanted in that game he never got. We were clearly missing Troy Deeney tonight, his presence as an attacker and leader of men is so big in this Watford team and to not have him for the rest of the season is a massive blow, but fortunately, he will be playing in the FA Cup final against Man City. We just got to keep the rest of the team fit and disciplined going into that final because that might be our only chance at European football this season.

Thankfully in the second half, we stepped it up a bit and right at the end Andre Gray managed to strike a late equaliser at the edge of the six-yard box, we are all hoping this will give him the confidence to get more goals as he bagged his 7th of the season.

All in all, we could have done better on the night, but we will have to take the point.